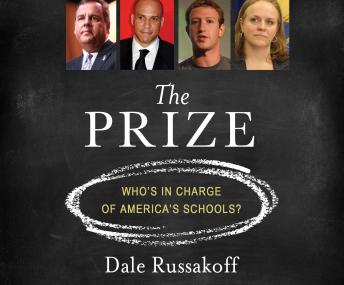 The Prize: Who's in Charge of America's Schools?

When Mark Zuckerberg announced in front of a cheering Oprah audience his $100 million pledge to transform the Newark Schools - and to solve the education crisis in every city in America - it looked like a huge win for then-mayor Cory Booker and governor Chris Christie. But their plans soon ran into a constituency not so easily moved - Newark's key education players, fiercely protective of their billion-dollar-per-annum system. It's a prize that, for generations, has enriched seemingly everyone, except Newark's students. Expert journalist Dale Russakoff delivers a story of high ideals and hubris, good intentions and greed, celebrity and street smarts - as reformers face off against entrenched unions, skeptical parents, and bewildered students.

Prize: Who's in Charge of America's Schools?