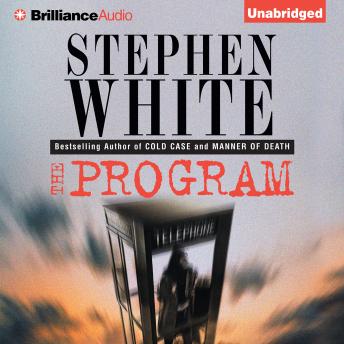 Take a character as multi-dimensional as Tony Soprano. Pair him with a mother and daughter in peril and on the run. Add a clinical psychologist tasked with helping them negotiate their new lives - a program with an agenda all its own - and the result is a book that Stephen White's peers are already calling "one of the best thrillers you will ever read" (William Bernhardt) and "an exciting ride through a dark region of law enforcement." (Peter Abrahams). When New Orleans District Attorney Kirsten Lord and her nine-year-old daughter are imperiled by a chillingly believable death threat, Lord has no other choice but to accept the Witness Protection Program's offer to hide them in Boulder, Colorado. There, they meet program veteran Carl Luppo, a solitary mob hit man who is tormented by his former life and has nothing but time for regret. Sensing that Lord and her daughter's safety has been compromised, Luppo takes on the role of sentinel, fully realizing this might be his last shot at redemption. While Lord suspects that Luppo's warnings about the program's dark side are for her own protection and that she should believe the former assassin's instincts, the only person she can really trust is nine-years-old.

This title is due for release on September 25, 2005
We'll send you an email as soon as it is available!