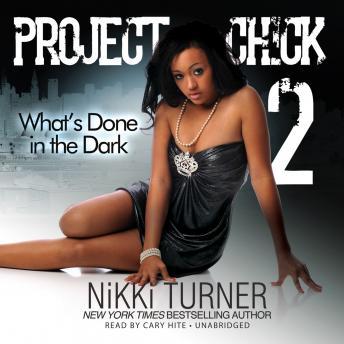 From New York Times bestselling author Nikki Turner comes the sequel to Project Chick.
Tressa always thought that the best moment in her life was the day she gave birth to her twin boys, Khalil and Hadji, but even better was when she got the news that their abusive father, Lucky, was dead. His death gave the streets freedom and safety, and it gave Tressa an opportunity to start over. She was thrilled the bad days were gone, but it didn't take long for her to realize that, even though Lucky was dead, she would never be free of him.
When the twins discover that Indie, the man who raised them, had a hand in killing their father, nothing can stop them from plotting their revenge. They are about to find out that nothing is what it seems.