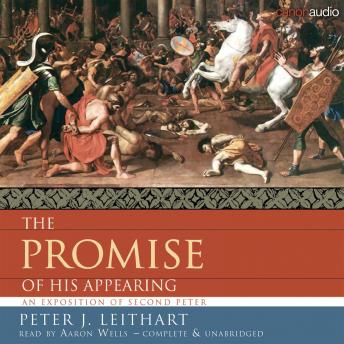 The Promise of His Appearing: An Exposition of Second Peter

The second book of Peter has long troubled biblical scholars and interpreters. Not only is its authorship debated, but it seems to predict an imminent Second Coming, making many dispensationalists claim that it can only be understood in light of modern events. In this study, Peter Leithart offers a preterist reading of the epistle, arguing that it describes first-century events and not the end of the world. At the same time, he maintains orthodoxy, avoiding hyper-preterism and affirming the epistle's authenticity. Leithart's accessible style and convincing arguments make a valuable addition to the study of the Bible's apocalyptic prophecies.

Promise of His Appearing: An Exposition of Second Peter