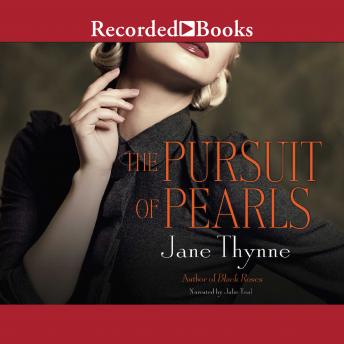 The Pursuit of Pearls

In the enthralling sequel to The Scent of Secrets, British actress/spy Clara Vine returns, moving gracefully through the treacherous upper echelons of Nazi high society. Rife with political intrigue and authentic period details, this novel is perfect for fans of Jacqueline Winspear and Eva Stachniak. Clara Vine, a half-Jewish Anglo-German, uses her unique access to the wealthy elite of pre-war Nazi society to spy for her native Britain. In this second installment of her story, Clara, an ambitious young actress, insinuates herself into the lives of the Nazi wives through her association with the famous Ufa Studios. Her close friendship with Magda Goebbels makes her an attractive asset to the British intelligence service. Richly weaving the historical record with lush fictional details and a tantalizing love story, a cast of real Nazis and their British admirers--such as the Mitford sisters and the Duke and Duchess of Windsor--comes to life in this series.