Put on by Cunning 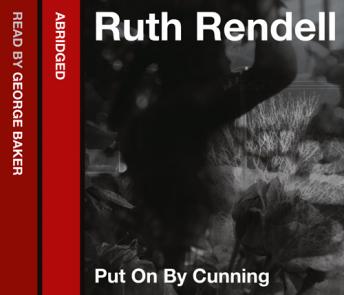 The great flautist’s death seemed to Chief Inspector Wexford an open-and-shut case of misadventure, but with the return of his daughter after an absence of 19 years come a couple of niggling doubts… Read by ITV’s Inspector Wexford, George Baker.


Sir Manuel Camargue, one of the greatest flautists of his time, was dead.


Misadventure. An old man, ankle-deep in snow, he lost his foothold in the dark, slipping into water to be trapped under a lid of ice. Only a glove remained to point to where he lay, one of its fingers rising up out of the drifts.


There’s nothing Chief Inspector Wexford likes better than an open-and-shut case. They’re so restful. And yet there are one or two niggling doubts – and the disturbing return of Camargue’s daughter, now a considerable heiress, after an absence of nineteen years.


Is Wexford going to listen to that naggin inner voice of his? and if he does, what exactly does he plan to do?

Put on by Cunning