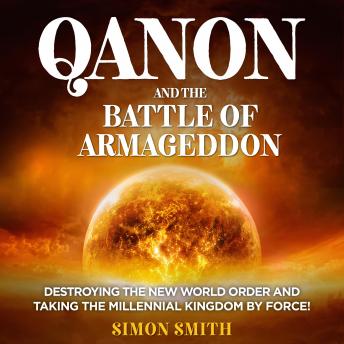 QAnon and the Battle of Armageddon (2 Books in 1): Destroying the New World order and Taking the Millennial Kingdom by Force!

You are about to step into the world of conspiracies and discover one of the most talked-about, THE QANON CONSPIRACY.

QAnon has gained a lot of traction in the US and now Spilling over to the UK. It is a conspiracy theory that claims of theexistence of a cabal that is comprised of Hollywood celebrities, Devil-Worshipping Democrats, and Billionaires who run the world. It also claims that these members engage in human trafficking, pedophilia, child abduction, and harvesting of chemical that has life-extending properties from the blood of children. The followers of this conspiracy believe that Donald Trump, The President of the United States, is waging a war against this cabal and all its collaborators to bring down all malefactors and lock them all in Guantanamo Bay.

Here is a sneak peek of what you are going to learn:

This conspiracy theory involves a lot of parts that you need to learn about and a lot of surprising claims. If you want to get all the surprising right information in a well-researched manner, then this is the book you should go for.

QAnon and the Battle of Armageddon (2 Books in 1): Destroying the New World order and Taking the Millennial Kingdom by Force!