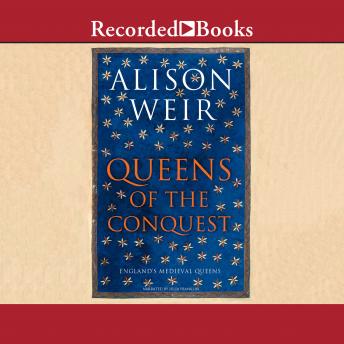 Queens of the Conquest

This epic book brings to vivid life five powerful Norman queens, from Matilda of Flanders, wife of William the Conqueror, to the Empress Matilda, mother to King Henry II, founder of the Plantagenet dynasty. The lives of England's medieval queens were packed with tragedy, betrayal, love, warfare, adultery and mystery-but their stories are obscured by centuries of myth and prejudice against these powerful women. These Norman queens were actually more autonomous and influential than most later queens, since they actually participated in battles and led troops of their own. By joining her husband William the Conqueror in the battle to take control of England, Matilda of Flanders set a precedent for her female descendants to continue to ride onto the battlefield and maintain their own separate armies.

Queens of the Conquest