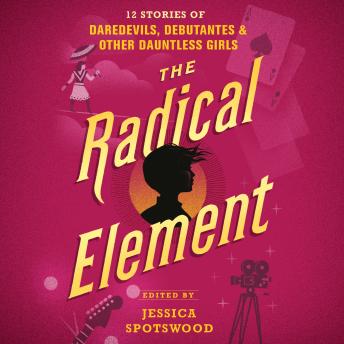 Respect yourself. Love yourself. As radical a decision for an American girl to make today as it was in 1927, as radical for a student as for a spy, for a printer's apprentice as for a poker player. It's a radical decision when you're balancing on the tightrope of being a second-generation immigrant, of neurodivergence, of facing down American racism while loving America. It's the only decision when you've weighed society's expectations and found them wanting.

With respect and love, twelve of the most talented writers working in young adult literature today - an impressive sisterhood that includes Marieke Nijkamp, Meg Medina, and Anna-Marie McLemore - have created a century and a half of heroines on the margins and in the intersections, young women of all colors and creeds standing up for themselves and their beliefs. They are ignoring their mothers' well-meant advice and forging their own paths - whether secretly learning Hebrew in early Savannah, using the family magic to pass as white in 1920s Hollywood, or singing in a feminist punk band in 1980s Boston. And they're asking you to join them.