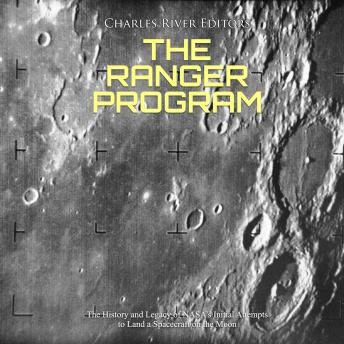 Ranger Program, The: The History and Legacy of NASA’s Initial Attempts to Land a Spacecraft on the Moon

On May 25, 1961, President John F. Kennedy addressed Congress and asked the nation to “commit itself to achieving the goal, before this decade is out, of landing a man on the Moon and returning him safely to the Earth.” Given America’s inability to even put a man in orbit yet, this seemed like an overly ambitious goal, and it isn’t even clear that Kennedy himself believed it possible; after all, he was reluctant to meet NASA Administrator James E. Webb’s initial funding requests.

Throughout the 1960s, NASA would spend tens of billions on missions to the Moon, the most expensive peacetime program in American history to that point, and Apollo was only made possible by the tests conducted through earlier missions, including the historic Ranger Program. Conceived as an early part of the attempt to land a man on the Moon, Ranger was designed to photograph the lunar surface in preparation for future landings. Until Ranger, images of the Moon were only available through Earth-based telescopes, which lacked the detail necessary to determine safe sites for landing a spacecraft. Ranger aimed to fill in that gap of knowledge, and like many of NASA’s missions during the 1960s, the program exemplified both the successes and the failures of the agency’s early years. Nonetheless, the Ranger Program would set important precedents by taking the first close-up photos of the Moon and landing the first American spacecraft on the lunar surface.

The Ranger Program: The History and Legacy of NASA’s Initial Attempts to Land a Spacecraft on the Moon examines the origins behind the missions, the space probes involved, and the historic results.

Ranger Program, The: The History and Legacy of NASA’s Initial Attempts to Land a Spacecraft on the Moon