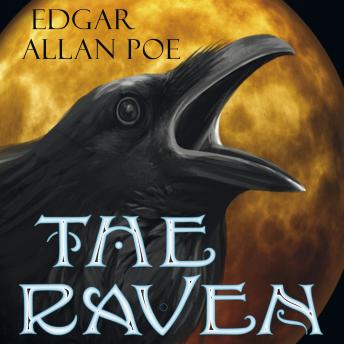 'The Raven' is a narrative poem written by American writer Edgar Allan Poe. After its first publishment in January 1845, it was often noted for its musicality, stylized language, as well as for its supernatural atmosphere. It tells of a talking raven's mysterious visit to a distraught lover, tracing the man's slow fall into madness. The lover, often identified as a student, is lamenting the loss of his love, Lenore. Sitting on a bust of Pallas, the raven seems to further distress the protagonist with its constant repetition of the word 'Nevermore'. The poem makes use of folk, mythological, religious, as well as of various classical references.