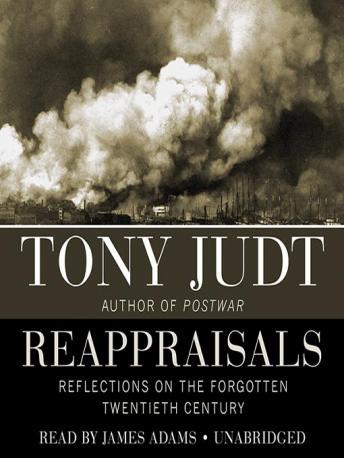 The accelerating changes of the past generation have been accompanied by a similarly accelerated amnesia. The twentieth century has become “history” at an unprecedented rate. The world of 2007 is so utterly unlike that of even 1987, much less any earlier time, that we have lost touch with our immediate past even before we have begun to make sense of it—and the results are proving calamitous.
In less than a generation, the headlong advance of globalization, with its geographical shifts of emphasis and influence, has altered structures of thought that had been essentially unchanged since the European industrial revolution. We have lost touch with a century of social thought and socially motivated activism. In Reappraisals, Tony Judt resurrects the key aspects of the world we have lost in order to remind us how important they still are to us now and to our hopes for the future.

This title is due for release on April 9, 2008
We'll send you an email as soon as it is available!