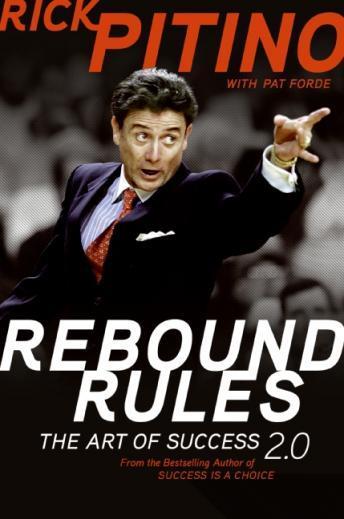 Rick Pitino is a basketball icon: the only coach in college history to lead three different schools to the Final Four, the winner of the 1996 NCAA championship, the owner of a sparkling career record, a bestselling author, and a lock for the College Basketball Hall of Fame. Yet Pitino's journey has not been without life-altering adversity: He's experienced profound personal and professional losses. In 2001, after three losing seasons as coach and president of the Boston Celtics, Pitino resigned, walking away from the $23 million left in his contract. And while recovering from the only breakdown in his extraordinary basketball career, Pitino'who had previously suffered the devastating loss of his infant son, Daniel'endured additional tragedies: His brother-in-law and best friend Billy Minardi, a trader at Cantor Fitzgerald, perished in the World Trade Center attacks of 9/11, less than a year after another brother-in-law had been fatally struck by a taxi. Pitino writes, "From that point on, my life changed forever. Nothing will ever be the same."

This realization gave Pitino a new perspective. With it, the innovative leader felt the freedom to act even more dynamically than he ever had in the past. Returning to college basketball, he has rebuilt and revitalized the storied program at Louisville, guiding the Cardinals to a history-making Final Four appearance in 2005 that stamped him the only coach in history to take three schools that far. And in 2008, he rallied an injury-plagued Louisville team from a disappointing start and led it to the Elite Eight, setting the stage for greater success to come.

The failures and tragedies he recounts make this book unique. More than just a recitation of what works and why, it's about how to succeed after you've failed; how to pick yourself up after being knocked down; and how to reframe yourself and see the world in a new light. This is a comeback story, a manual for overcoming life's difficulties. Pitino has experienced success as an author with his tremendously popular books Success Is a Choice and Lead to Succeed, but in Rebound Rules: The Art of Success 2.0, he's crafted a book that's more deeply personal, more inspiring, more practical, and more powerful than any he's written before.