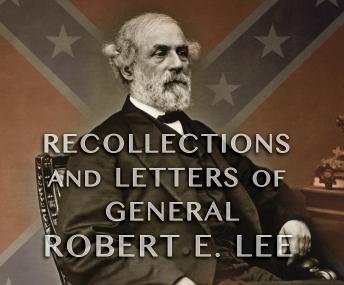 Recollections and Letters of General Robert E. Lee: As Recorded By His Son

Robert E. Lee is one of the most famous and decorated American generals in history. The son of Revolutionary War hero Henry 'Light Horse Harry' Lee III, General Lee was a native of Virginia and a top graduate at West Point. So distinguished was Lee, that President Abraham Lincoln offered him command of the entire Union army before the onset of the Civil War. Lee famously declined the offer, and instead served his home state of Virginia after it seceded. His closeness with his soldiers as well as his leadership came to personify the South. Here, in a collection of personal correspondence compiled by his son, Captain Robert E. Lee, the man behind the uniform is revealed.

Recollections and Letters of General Robert E. Lee: As Recorded By His Son

This title is due for release on January 28, 2015
We'll send you an email as soon as it is available!