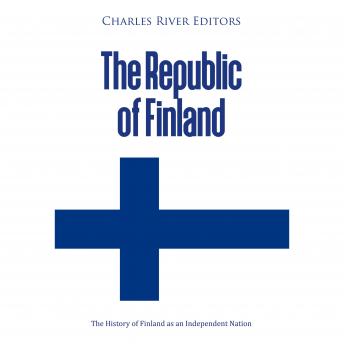 The Republic of Finland: The History of Finland as an Independent Nation

Finland is a Nordic country today bordering Sweden, Norway and Russia. Its population of 5.5 million are mainly concentrated towards the southern end of the country, notably in its capital Helsinki. Yet, Finland's geography played a major part in its twentieth century history, in particular its territory within the Arctic Circle and waters including the Baltic Sea, Gulf of Finland and Gulf of Bothnia. In essence Finland was on the front line of the Second World War and then the Cold War, giving it unique foreign policy considerations. It is a huge country but is relatively sparsely populated and much of its territory is wilderness and extremely inhospitable during the winter months. A peninsula, the Karelian Isthmus, separates the southeast of the country with Russia and is close to St. Petersburg. Indeed, the long border and land bridges with Russia are crucial to understanding Finland's twentieth century history. In keeping with many other of its neighbours, in the Baltics, northern Europe and in the Nordics, Finland's path is a combination of its relationship with larger powers and its own agency.

As with so many other European countries, much of Finland's history is characterised by domination from outside powers. Indeed, Finland was ruled by Sweden as part of Stockholm's empire between 1150 and 1809 and this influence would have implications running into the twentieth century. Swedes made up the majority of the "elite" positions and tension existed between them and Finns. Nineteenth and twentieth century Finnish nationalism would manifest itself in several different forms but would include opposition to Swedes, Russians and other groups. Nevertheless, any tension between Finns and Swedes would ultimately be relatively minor compared to the country's other battles.

Republic of Finland: The History of Finland as an Independent Nation