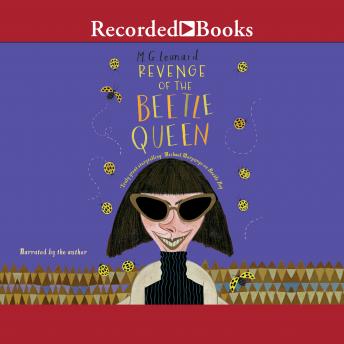 The Revenge of the Beetle Queen

Empire Strikes Back meets beetles in the second book of a series about one amazing boy, his loyal friends, and some amazingly intelligent beetles... perfect for fans of Roald Dahl! Cruel beetle fashionista, Lucretia Cutter, is at large with her deadly yellow ladybug spies -- and she has a devious plan. When Darkus, Virginia, and Bertolt discover further evidence of her evil, they're determined to stop her. But the three friends are in trouble. Darkus's dad has forbidden them to investigate any further -- and disguesting crooks Humphrey and Pickering are out of prison. Hope rests on Novak, Lucretia's daughter and a Hollywood actress, but the beetle villainess is always one scuttle ahead... Beetles are back in an even-more-thrilling, chilling, and darkly funny sequel that will have readers clamoring for more.

Revenge of the Beetle Queen