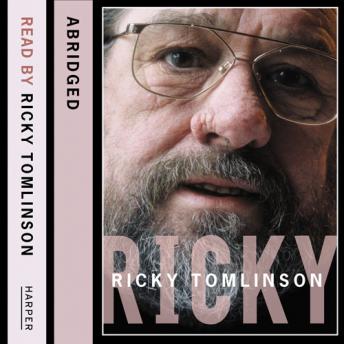 The astonishing and inspiring autobiography of Ricky Tomlinson, one of Britain’s best-loved actors and entertainers.


Famous as the loveable couch potato Jim Royle of The Royle Family, Ricky Tomlinson has entertained millions without ever leaving his armchair. Now, in his autobiography, he surprises yet again with a remarkable story of love, hardship, humour, injustice and triumph.


His mother used to tell him that he had lived three lives, but even she miscounted. He has been a plasterer, banjo player, stand-up comic, union agitator, political activist, film extra, award-winning actor and unwilling guest of Her Majesty’s prison service.


‘I know that I’m going to get stick over this book but there you go – it can’t be helped. And some readers might think I’m a terrible liar when they read what follows, but everything in this book is true. Enough lies have been told about me, without me adding to them.’