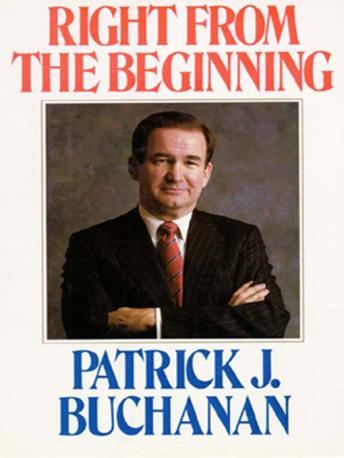 Right from the Beginning

Right from the Beginning is the personal memoir of Pat Buchanan, the story of how the most controversial conservative in America got where he is today and how he came to believe as he does. It is the intimate first-person account of how the third son in a devout Catholic family of nine children, an expellee from Georgetown University at age twenty-one, without experience in journalism or politics, became, at twenty-three, the youngest editorial writer in America, and, three years later, confidant to Richard M. Nixon, as the twice-defeated ex–vice president began the political comeback of the century.
But Right from the Beginning is more than a personal memoir: it is the sometimes hilarious, sometimes sad, poignant, and moving story of the Buchanan family, a book that brings alive America in the forties and fifties, when “the faith was unquestioned and patriotism unconstrained.”

Right from the Beginning

This title is due for release on July 7, 2010
We'll send you an email as soon as it is available!