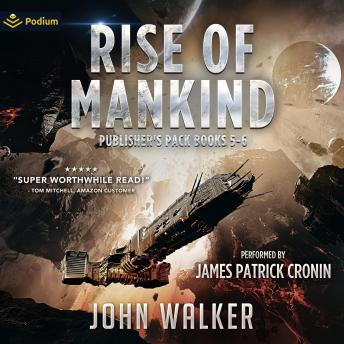 
Earth's mighty warship, The Behemoth, has been selected to receive the honor of formally joining the alliance. This momentous occasion opens new opportunities for the human race, a chance to help decide the fate of the universal government and participate in galactic affairs. As they prepare for the voyage and ceremony to come, not all are easy aboard the battleship.


Clea An'Tufal, liaison aboard The Behemoth, wakes from a revelatory dream. Her first assignment ended in tragedy, the ship she served on was destroyed in a massive battle. Just before the final shot forced them to evacuate, she discovered a signal, an enemy secret that could change the tide of the war.


Unfortunately, this information was stolen by a head wound, robbing her of all details regarding the mission. Now, it's come back to her and she believes the information may still be out there in the wreckage of her former berth. The trick is to convince not only her friend and Captain, Gray Atwell, of the importance of finding it but the council as well for if this is a mere obsession with a tragic event, the whole mission could be a dangerous waste of resources ... or a revelation able to end the conflict once and for all.


Several colonies have been attacked, their populations eradicated and their buildings razed. The culprits belong to an extremist organization, terrorists known only as Orion's Light. These criminals operate in the same circles as pirates but represent a far more dangerous threat, one of religious zeal and terrifying, military style discipline.


Alliance High Command sends the Behemoth to investigate the attacks, charging them to dispense justice on Orion's Light and to stop whatever scheme they're involved in. Armed with the brilliant scientist Durant Vi'Puren, they head out to confront one of the most dangerous adversaries they've confronted. For the leader of Orion's Light may have been one of their own once upon a time and his ambitions could be the domination of all life in the galaxy.