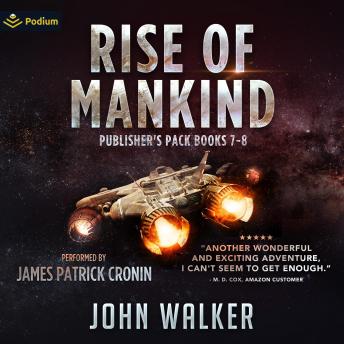 
The crew of the Earth ship Behemoth has been busy. Their latest assignment against the Orion’s Light terrorists has given them valuable insight into the workings of this new threat and boosted their already substantial credibility with Alliance High Command. Returning to discover when they might participate in the invasion of their true enemy’s home world, they find themselves brought into the shadowy world of Alliance Intelligence.


Captain Atwell and his ship are directed to the Novalat system where a civil war rages. Their primary mission is to help settle the conflict so their allies can join in the real fight to come but secondarily, they are looking for signs of an intelligence officer who has failed to send word back to his superiors. Even with the secretive part, the mission seems fairly straightforward until they arrive and find the real hand behind the chaos raging throughout the region.


The Behemoth returns from their latest mission only to find themselves tapped again by the Alliance Intelligence Division. A message was received from an unknown part of the galaxy, filtered through dozens of relays before arriving at the home world. An old friend seems to be stranded and needs assistance yet they were unable to convey proper coordinates.


Meanwhile, The Crystal Font finds itself in the middle of nowhere near an alien world emitting a strange, unknown energy field. Stuck with a broken engine and unsure if help is on the way, they’re forced to perform repairs on their own. But as they attempt to rectify their situation, they are attacked by enemy forces.


Racing against time and fighting for survival, The Crystal Font knows they may never make it home but after defying the odds so many times, they refuse to give up. Forced to visit the strange world, they have no idea The Behemoth is looking for them or the bizarre information they may uncover on the idyllic landscape of the planet below.