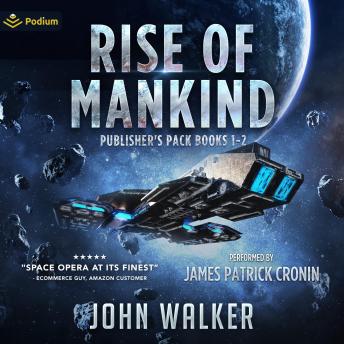 
Three years ago, Earth was attacked by an invading force so devastating, only one ship in the fleet survived. Their hard won victory came from the aid of an alliance of aliens long at war with an aggressive force. With the aid of advanced technology, humanity retrofitted their surviving vessel. The Behemoth became a shield against any future incursions.


Now a strange ship has arrived, heading straight toward Earth. As it is not answering hails, the Behemoth heads out to intercept. The operation is interrupted by other visitors from beyond the solar system. Outnumbered the Behemoth must fend off the invaders once again but this time, the stakes are much higher.


Barely recovered from a battle against an alien incursion, the Behemoth waits to see how the alliance wishes to leverage their discovery, the weapon code named Protocol Seven. When two warships arrive from their allies with an offer difficult to refuse, they find themselves leant out to travel outside the solar system to a secret research facility across the galaxy.


But what was promised to be a milk run turns into something completely different. With limited resources and a new commander on board their companion ship, they must stay alive. Combined with a potential threat from within, the odds are stacked high against them. Only their ingenuity and the perseverance of the human spirit may keep them alive.