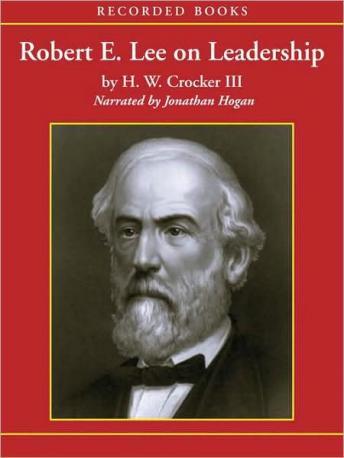 Robert E. Lee scholar H. W. Crocker III is an esteemed Civil War historian. Skillfully summarizing Lee's life, Crocker clearly extracts leadership lessons from the storied career of the South's beloved leader and applies them to today's business world. Under General Lee's management, a rag-tag army of poor farmers-vastly outnumbered, outgunned, under-supplied, and under-fed-consistently routed Union troops. Brilliantly seizing strategic opportunities, Lee stunned his foes and inspired his soldiers. He was decisive, focused, and humble. Sharing his men's hardships, Lee spoke often with them and earned their loyalty. He found trusted subordinates who shared his vision, gave them broad instructions, and turned them loose. He didn't micromanage or belittle. Taking blame for failure, he was lavish in praise and charitable in criticism. Revered by his men, respected by his opponents, and universally recognized as a Christian gentleman, Robert E. Lee practiced-on plantation, battlefield, and campus-effective management principles. For those seeking leadership excellence, this practical work is absolutely essential. 'A masterpiece-the best work of its kind I have ever read.'-Major General Josiah Bunting III, superintendent of the Virginia Military Institute