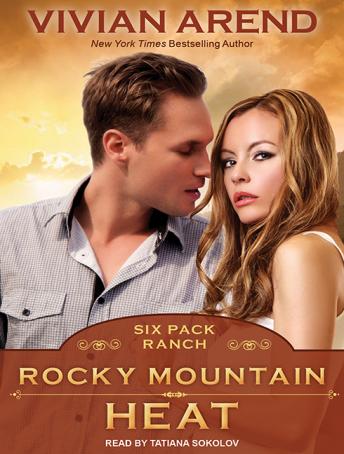 Blake Coleman is old enough to know that acting on impulse causes nothing but a heap of trouble. But when trouble's a western-hat-wearing blonde with slim legs that go on forever, what's a man to do? Wanting the sweet girl next door is just wrong. The responsible thing to do is keep his hands off.

Jaxi has other plans for Blake's hands-and his heart. She may have once considered him a big brother, but that was a long time ago. She's all grown up now and ready to convince him that she's perfect for him. Except he can't seem to see past the big 'do not touch' sign that's apparently still hanging around her neck.

When Jaxi ends up living right under Blake's nose, the heat between them slides past simmer and leaps up to barn-burning levels. However, a few of the younger six-pack Colemans have decided that Jaxi's brand of trouble is worth risking a few busted bones.

That is, if Blake's finally ready to let go of the reins and fight for what he wants . . .