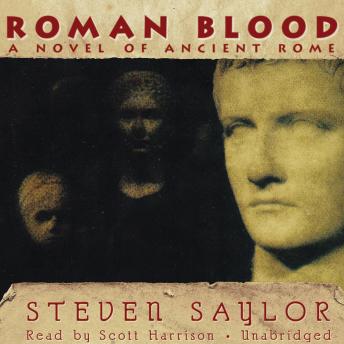 #1 of The Roma Sub Rosa Series

In Rome, 80 BC, on a warm spring morning, Gordianus the Finder receives a summons to the house of a then-unknown young advocate and orator, Cicero. Ambitious and brilliant, the twenty-six-year-old Cicero is about to argue his first important case. His client is a wealthy farmer, one Sextus Roscius of the town of Ameria, who stands accused of the most unforgivable act in Ancient Rome: the murder of his father.

Hired by Cicero to investigate the charges, Gordianus sets out to discover the truth in a case—and a society—rife with deceit, betrayal, and conspiracy. As he draws nearer to the truth, the conspiracy looms ever larger until Gordianus begins to perceive the hand of the dictator Sulla himself. Playing for stakes much higher than he bargained for, Gordianus finds that not only is he himself endangered, but so are all those around him.

Too long and wordy

An interesting version of history as a consequence of human interactions and motivations.