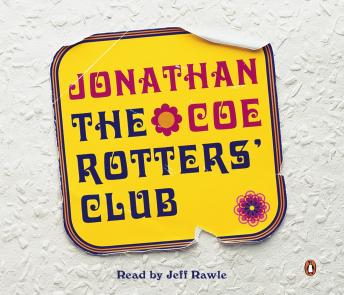 'Probably the best English novelist of his generation' Nick Hornby

Jonathan Coe's widely acclaimed novel is set in the 1970s against a distant backdrop of strikes, terrorist attacks and growing racial tension. A group of young friends inherit the editorship of their school magazine and begin to put their own distinctive spin onto events in the wider world. A zestful comedy of personal and social upheaval, The Rotters' Club captures a fateful moment in British politics - the collapse of 'Old Labour' - and imagines its impact on the topsy-turvy world of the bemused teenager: a world in which a lost pair of swimming trunks can be just as devastating as an IRA bomb.

'One of those sweeping, ambitious yet hugely readable, moving, richly comic novels that you find all too rarely in English fiction ... a masterpiece' Daily Telegraph