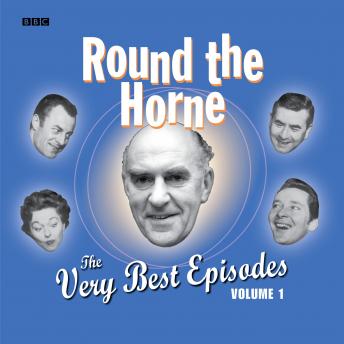 Round The Horne The Very Best Episodes Volume 1

Four of the best episodes from the classic BBC radio comedy series, which took comedy to a new level of outrageousness in the late 1960s. Kenneth Horne is the suave host, whilst around him orbit those no-holds-barred satellites Kenneth Williams, Betty Marsden, Hugh Paddick, and Bill Pertwee. Regular characters Julian and Sandy and Rambling Syd Rumpo make a number of appearances, in amongst the usual comedy collage of sketches, songs, spoof series, and news reports.
©2005 BBC Audiobooks Ltd. (P)2005 BBC Audiobooks Ltd.

Round The Horne The Very Best Episodes Volume 1