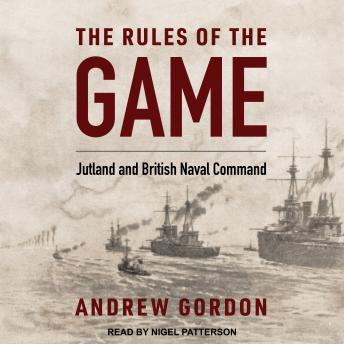 The Rules of the Game: Jutland and British Naval Command

When published in hardcover in 1997, this book was praised for providing an engrossing education not only in naval strategy and tactics but in Victorian social attitudes and the influence of character on history. In juxtaposing an operational with a cultural theme, the author comes closer than any historian yet to explaining what was behind the often described operations of this famous 1916 battle at Jutland. Although the British fleet was victorious over the Germans, the cost in ships and men was high, and debates have raged within British naval circles ever since about why the Royal Navy was unable to take advantage of the situation. In this book Andrew Gordon focuses on what he calls a fault-line between two incompatible styles of tactical leadership within the Royal Navy and different understandings of the rules of the games.

Rules of the Game: Jutland and British Naval Command