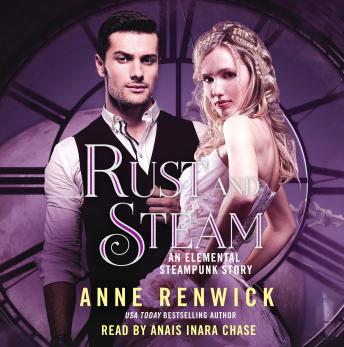 A speeding train. A determined villain. A reconciliation of broken hearts.Lady Alice Hemsworth wasn’t supposed to fall in love. It was her duty not to. Alas, she’d failed miserably. Mr. Benjamin Leighton—despite being turned away by her steam butler—can’t stop thinking about her. Alone, both are miserable—until a deadly encounter throws them together on the night train to London.

﻿Steampunk adventure wrapped around a romance and threaded with biotechnology. Join USA Today bestselling author, Anne Renwick, as she takes you back into an alternate past.


- The Tin Rose
- Kraken and Canals
- Rust and Steam

This title is due for release on December 20, 2019
We'll send you an email as soon as it is available!