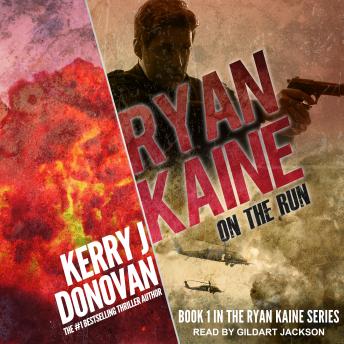 Ryan Kaine: On the Run

When a routine operation ends in tragedy, decorated ex-Royal Marine, Ryan Kaine, becomes the target of a nationwide manhunt. The police want him on terrorism charges. A sinister organization wants him dead.

Kaine is forced to rely on two women he hardly knows: one, a country vet who treats his wounds, the other an IT expert with a secret of her own.

Battling overwhelming guilt, life-threatening injuries, and his own moral code, Kaine hunts the people who turned him into a mass-murderer.

Can Kaine's combat skills, instincts, and new-found allies lead him to the truth and redemption?

Ryan Kaine: On the Run