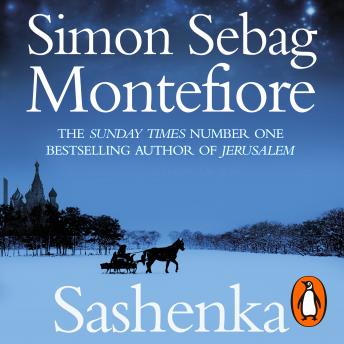 Winter, 1916: In St Petersburg, Russia on the brink of revolution. Outside the Smolny Institute for Noble Young Ladies, an English governess is waiting for her young charge to be released from school. But so are the Tsar's secret police...

Beautiful and headstrong, Sashenka Zeitlin is just sixteen. As her mother parties with Rasputin and her dissolute friends, Sashenka slips into the frozen night to play her part in a dangerous game of conspiracy and seduction.

Twenty years on, Sashenka has a powerful husband with whom she has two children. Around her people are disappearing, but her own family is safe. But she's about to embark on a forbidden love affair which will have devastating consequences.

Sashenka's story lies hidden for half a century, until a young historian goes deep into Stalin's private archives and uncovers a heart-breaking tale of passion and betrayal, savage cruelty and unexpected heroism - and one woman forced to make an unbearable choice.