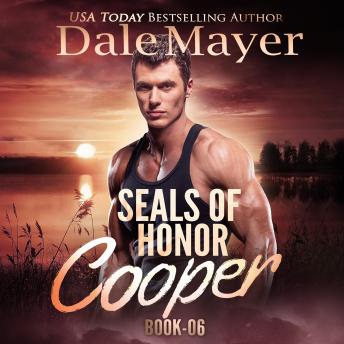 A highly-skilled practitioner of medicine saved Cooper’s life and sanity while that same woman steals his heart.

Being a SEAL is at the core of Cooper’s being, but he isn’t just doing his duty when the doctor who miraculously restored him to life is kidnapped. He’s the first in line to volunteer in her rescue.

Dr. Sasha Childs has devoted herself to helping others. Finding out her husband is helping himself to her best friend solidifies her sense of single-minded devotion to practicing medicine. Disillusioned about love, she volunteers her skills to a Syrian refugee camp crying out for medical aid. She’s completely unaware of the war brewing around her until she’s caught in the middle of it.

Cooper had his hands full rescuing Sasha from foreign hands the first time. After the war comes home, keeping her safe a second time becomes damn near impossible. Blessed with getting his life handed back to him, he discovered he needs a second miracle before the woman he’s fallen for becomes little more than a casualty of war.