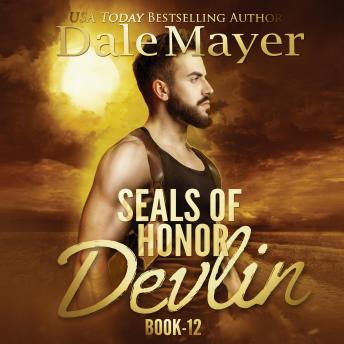 Cupid apparently has a soft spot for SEALs and he’s lined his sights upon Devlin next. He’s not looking for romance, but he finds the right woman in the worst possible place.

As part of a military unit helping train Afghan soldiers, Devlin is learning how to use the latest combat drones. After a murder is committed on the base, suspicion falls on the drone’s drop-dead-gorgeous designer. Devlin can’t stop himself from running to her rescue. Following their return Stateside, another employee in the same company turns up dead. Once again, all evidence points to the designer.

Bristol had no choice but to take her latest drone models to war-torn Afghanistan, given how behind schedule she is in her work and because her boss is pressuring her. The last thing she expected was disaster to strike and, for all the world, she looks like the one to blame. When the bodies pile up and her research goes unfathomably missing along with her best friend, she’s determined to find out what’s going on, damn the danger.

Devlin has made it his mission to keep her safe while she seems to be doing everything in her power to make his job–and resisting her–impossible.