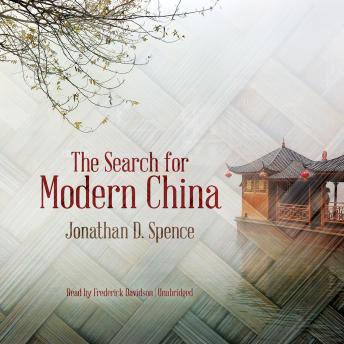 The Search for Modern China

The history of China is as rich and strange as that of any country on earth. Yet for many, China’s history remains unknown, or known only through the stylized images that generations in the West have cherished or reviled as truth.
With his command of character and event––the product of thirty years of research and reflection in the field––Spence dispels those myths in a powerful narrative. Over four centuries of Chinese history, from the waning days of the once-glorious Ming Dynasty to Deng Xiaoping’s bloody suppression of the pro-democracy demonstrations in Tiananmen Square, Spence fashions the astonishing story of the effort to achieve a modern China. Through the ideas and emotions of its reformist Confucian scholars, its poets, novelists, artists, and visionary students, we see one of the world’s oldest cultures struggling to define itself as Chinese and modern.