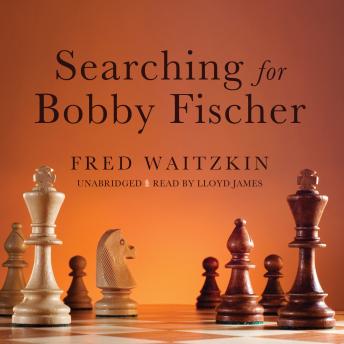 Fred Waitzkin became smitten with chess during the historic Fischer-Spassky championship in 1972. When Fischer disappeared from public view, Waitzkin’s interest waned—until his own son, Josh, emerged as a chess prodigy.
Searching for Bobby Fischer is the story of Fred Waitzkin and his son, from the moment six-year-old Josh first sits down at a chessboard until he competes for the national championship. Drawn into the insular, international network of chess, they must also navigate the difficult waters of their own relationship. All the while, Waitzkin searches for the elusive Bobby Fischer, whose myth still dominates the chess world and profoundly affects Waitzkin’s dreams for his son.