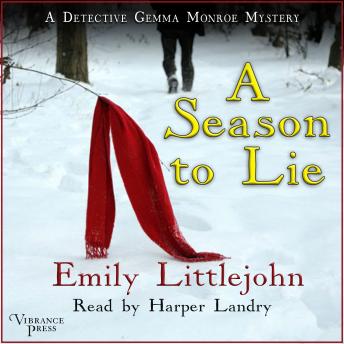 “Small town Colorado police detective Gemma Monroe is a human and fallible heroine I can't wait to meet again, and Littlejohn's prose is lyrical and gripping.”?Deborah Crombie
In Emily Littlejohn's follow-up to her acclaimed debut Inherit the Bones, a twisted killer stalks his prey in the dead of winter.
On a cold dark night in February, as a blizzard shrieks through Cedar Valley, police officer and new mother Gemma Monroe responds to an anonymous report of a prowler at the local private high school, The Valley Academy. In her idyllic Colorado small town, Gemma expects the call was just a prank by a bored teenager.
But there in the snow lies the savaged body of a man whose presence in town was meant to be a secret. And a disturbing message left by his killer promises more death to come.
This is only the beginning . . .
Nothing is as it seems in Cedar Valley and stories, both fact and fiction, ensnare Gemma as her investigation moves from the halls of an elite academy to the forests that surround Cedar Valley.
Against a backdrop of bleak winter weather, stymied by those who would lie to protect what is dearest to them, Gemma hunts a ruthless killer before he strikes again in A Season to Lie.

This title is due for release on May 18, 2019
We'll send you an email as soon as it is available!