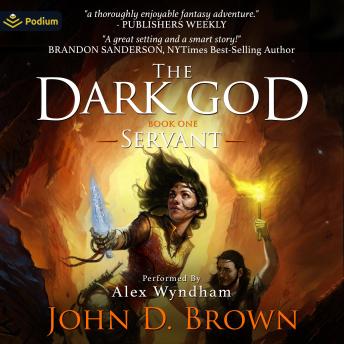 A spirited blacksmith's daughter accused of using the dark and terrifying sleth magic. The young man who hunts her. And the ferocious monster who only wants to be free.

Trapped in a web of lies and ancient secrets, of right becoming wrong, the three must struggle not only against each other, but also against a being of irresistible power, a creature who is gathering her servants to usher in the impending human harvest. If the three succeed, they will save those they love the most. If they fail, the clans of the land fall with them.

Thus begins the towering fantasy series that introduces an elaborate new world, a multifaceted system of magic, and a cast of compelling characters and creatures. Readers who love deep, rich worlds, strong characters, and perilous adventures will be delighted with the action, surprising turns, and discoveries.