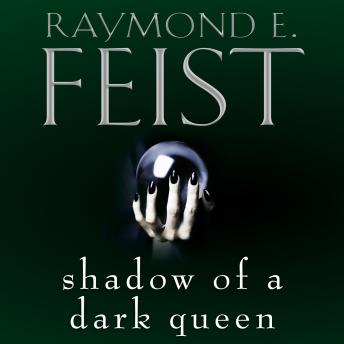 Shadow of a Dark Queen

Ancient powers are readying themselves for a devastating confrontation, and a dark queen has raised a standard, gathering armies of unmatched might.

A band of desperate men are forced into this battleground of good and evil, and their only hope for survival is to face this ancient power and discover its true nature. Their quest is at best dangerous and at worst suicidal.

Among them are some unlikely heroes: Erik, a bastard heir denied his birthright; his friend Roo, an irrepressible scoundrel with a penchant for thievery; and the mysterious Miranda, upon whom all must wager their lives. She appears to be an ally but also possesses a hidden agenda and may prove to be a more deadly foe when the final confrontation is at hand…

Shadow of a Dark Queen is the first book in the Serpentwar Saga. The quartet continues with the second book, Rise of a Merchant Prince.

Shadow of a Dark Queen