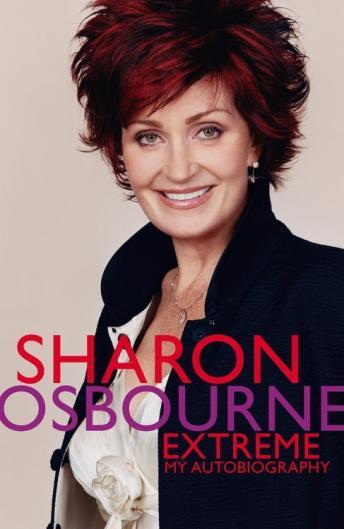 Sharon Osbourne reveals the truth behind the headlines in her characteristically frank, intimate and articulate memoir-from her childhood as the daughter of Don Arden, to managing and marrying Ozzy Osbourne, to her rising fame on shows such as The Osbournes and The X Factor.

A devoted wife and mother, businesswoman, TV star and award-winning producer, Sharon Osbourne has, in her own words, 'lived fifty lives in fifty years'. Her childhood with her father, the notorious rock manager Don Arden, was an unruly mix of glamour and violence. In her late 20s, Sharon finally made the painful decision to break with her family. Always irrepressible, Sharon flourished, creating a loving family of her own while becoming a legendary manager and rock band promoter.

In rock star Ozzy Osbourne, Sharon found her soul mate, yet Ozzy's drug and drink-fueled excesses-which culminated in his attempt to strangle her-made their marriage a white-knuckle ride from the start. Only her devotion to their three children gave her the will to survive.

From the tremendous highs of the hit show The Osbournes to the devastating lows of Ozzy's near-fatal quad-bike accident and her own bout with colon cancer, Sharon's tenacity, honesty, and humor have triumphed again and again.

This title is due for release on October 11, 2006
We'll send you an email as soon as it is available!