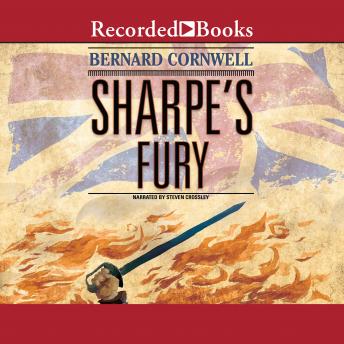 Sharpe's Fury: Richard Sharpe and the Battle of Barrosa, March 1811

Richard Sharpe, the former private in His Majesty's army who now commands a company of riflemen, finds himself fighting his old enemies, the French, in 1811. Sharpe has been sent by Wellington on a mission to CAdiz, now the capital of Spain, to rescue the British ambassador -- who happens to be Wellington's brother -- from a spot of undiplomatic trouble. The city has been blockaded by the French but is supported by the British from the sea. It contains a rare mix of pro- and anti-British citizens, diplomats, courtiers, adventurers, and spies. Sharpe's mission -- complicated, undercover, and political -- turns out to be completely different from the one on which he was sent. It brings him through the besieging enemy army to triumph in the Battle of Barrosa, where the British, deserted by their allies, defeat an overwhelmingly stronger French force.

Sharpe's Fury: Richard Sharpe and the Battle of Barrosa, March 1811