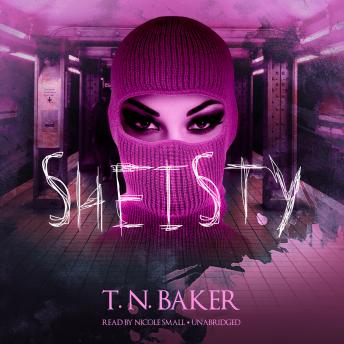 Why use one word to someone’s face when ten behind their back will do?

Epiphany Wright, Keisha Moore, and Shana Scott spent their teenage years as the best of friends growing up in the hood of Southside Jamaica, Queens. Now adults, their friendship is put to the test when envy, built-up animosity, hidden betrayal, and the bad boys in their lives create havoc.

Every day becomes a struggle to keep their clique tight. Every day something beats against their tried, tested, and proven relationship. Several dramatic occurrences put the odds against the trio. When the dust settles, with all that’s already riding against them, will these girls be down for one another—or just plain sheisty?

This title is due for release on August 3, 2015
We'll send you an email as soon as it is available!