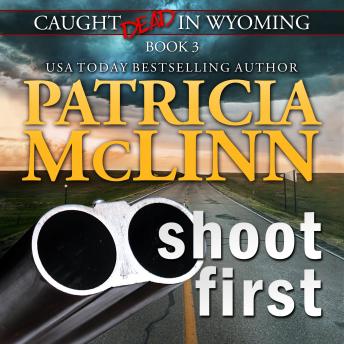 A Killing to Keep Old Wyoming Secrets and Treasures

Death hits close to home for Elizabeth “E.M.” Danniher – or, rather, close to the Hovel, as she’s dubbed her decrepit rental house. Her elderly neighbor kills a man apparently robbing her of Western artifacts. As a former top-flight national TV reporter, Elizabeth knows self-defense might satisfy the legal system, yet leave her neighbor in danger. Doing what she does best – asking questions – Elizabeth sidesteps her boss and a nosy, jealous anchorman to inquire into an eccentric and mysterious western billionaire, an ambitious curator, rival collectors, family feuds and Cottonwood County's Wild West crimes of a century ago.

Digging deeper into these western murder mysteries, Elizabeth relies on her team of friends who are proving their investigative chops. Before this is over, Elizabeth will need every one of them – and the stray dog she's adopted – as her questions push someone to decide, that no matter who shot first, Elizabeth should die now.

Don’t miss Elizabeth Danniher’s other adventures in western crime-solving with a dash of humor in:


'While the mystery itself is twisty-turny and thoroughly engaging, it’s the smart and witty writing that I loved the best.” – Diane Chamberlain, New York Times bestseller

“E.M.’s internal monologues are sharp, snappy and often hilarious.” ... 'A terrific series with a western flair. ... Great characters that you would want as your friends. Smart, funny, but not perfect.' -- 5-star reviews

This title is due for release on October 30, 2017
We'll send you an email as soon as it is available!