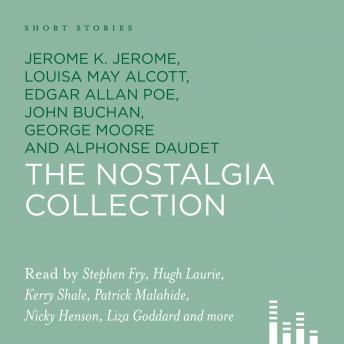 The Mouse by Saki, Read by Barbara Leigh-Hunt

A Tale of Terror by Thomas Hood, read by Patrick Malahide

The Homes of the Stars by F. Scott Fitzgerald, read by Kerry Shale

A Thousand Deaths by Jack London, read by Nicky Henson

The Cheshire Cat by Lewis Carroll, read by Liza Goddard

The Man in the Bell by W. E. Aytoun, read by Patrick Malahide

The Face by E. F. Benson, read by Richard Pasco

On Being in Love by Jerome K. Jerome, read by Hugh Laurie

The Patch on the Quilt Sapper read by Edward Fox

This title is due for release on November 6, 2008
We'll send you an email as soon as it is available!