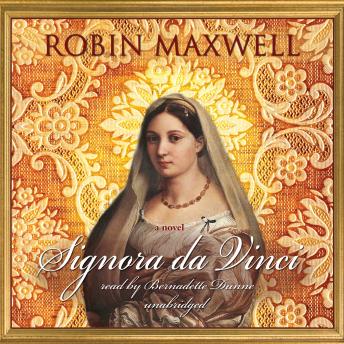 Caterina was fifteen years old when she fell in love with a man much above her station. The daughter of a humble village apothecary, she was considered unmarriageable by her lover’s wealthy and ambitious family. She had no recourse when they took her child away from her, leaving her bereft and rejected by society as a “fallen woman.”
But Caterina had always hidden a part of herself from society. Unlike most women of that time, she had been educated since childhood—not only in her father’s medicinal arts, but in Greek philosophy and pagan mysticism, considered heretical by the church.
Now, to be close to her son, she would carry that deceit further than she had ever imagined, taking up a new life under a dangerous new identity. In Florence at the height of Italy’s cultural Renaissance, Caterina would discover undreamed-of opportunities and freedoms—and her gifted son, Leonardo, would change the world forever.

This title is due for release on August 27, 2009
We'll send you an email as soon as it is available!