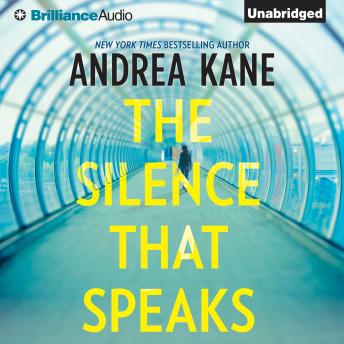 The Silence That Speaks

Who wants Madeline Westfield dead? And why? Forensic Instincts' first order of business is to find out who's targeting their client. Under the leadership of Casey Woods, the investigative team has the resources to do just that, working inside the law—and outside it. FI's strength is its members, among them Casey's associate Marc Devereaux, former navy SEAL and a man who's equal to any situation. Except maybe this one.... Madeline's case hits too close to home for Marc. She's the only woman he ever loved, and she's his only weakness. Now a nurse at Manhattan Memorial, she's terrified because someone is trying to kill her. So she turns, reluctantly, to Marc and FI for help and protection. Meanwhile, Manhattan Memorial is in turmoil. With a merger in the works, the staff is still haunted by their hospital administrator's sudden death—during heart surgery performed by Madeline's ex-husband, Conrad. A surgery at which Madeline was present. The killer seems to blame both Madeline and Conrad.... With a growing list of suspects—including the grieving widow and a string of scorned lovers—Forensic Instincts will have to figure out who has the greatest incentive to get rid of Madeline. And FI has to work fast to save her...before she's permanently silenced.