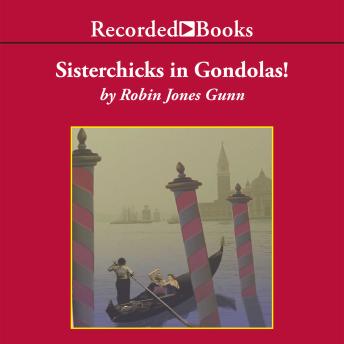 With more than three million copies of her books sold worldwide, Robin Jones Gunn is cherished by fans of Christian fiction who adore her lively tales of faith and friendship. Sisterchicks in Gondolas! whisks two women from suburban Dallas to romantic Venice for an adventure they will never forget. Middle-aged divorcee Jenna has received an incredible offer. A friend who directs an international mission wants to send her to Venice for one week to cook for a mission leaders' retreat. Jenna isn't a great cook, so she brings along Sue, her culinary sister-in-law. When the two women see their lodgings-a 15th-century palazzo-and taste their first spoonful of chocolate gelato, they know that the following days will change their lives. As Jenna enjoys each moment's blessings, Sue learns that she too can draw spiritual strength from this journey. The other books in the Sisterchicks series, including Sisterchicks Say Ooh La La!, are also available unabridged from Recorded Books. 'Readers who love exploring the world will relish the pages of Robin Jones Gunn's Sisterchicks in Gondolas!'- ChristianBooks previews