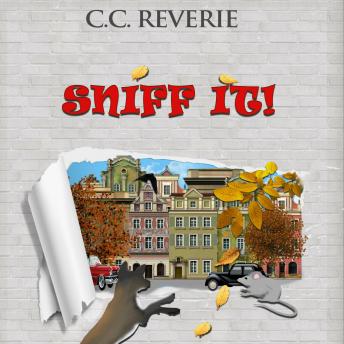 Sniff it!: (Adventures in Happyland, book #1)

Pepper never saw it coming when he saved a wizard mouse from the claws of a cat, and Hank never guessed he’d meet his match when he broke into the mayor’s office.

But a few dead dogs, an army of mice, and a beautiful girl changed their plans. They found themselves in a treacherous quest through the poisoned streets of Happyland, trapped between a gang of corrupted humans and a band of atrocious beasts.

'Sniff it!' is a well-written story in several different ways. The animals' world is intensely and credibly described. Some depictions of natural and environmental phenomena like light, smells, and atmospheres are pointed and captivating. One can also sense that the author really cares for the animals, so that we get to relate to them and 'understand' them, for better or worse.

The plot is straightforward: Bad people have made some nasty plans that could have catastrophic consequences, but will a few good people and the animals be able to stop them? The novel, a fantasy piece at its core, is believable and suspenseful. Some of the characters, whether animals or humans, will stay with you for a long time after you have turned the final page.” – Novelty Fiction

Sniff it!: (Adventures in Happyland, book #1)