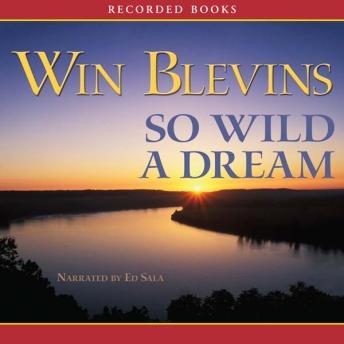 So Wild a Dream

Named Writer of the Year in 2003 by Wordcraft Circle of Native writers, Win Blevins has built a considerable literary legacy with his novels set in the early 19th-century American heartland. Escaping his life in 1820s Pennsylvania, young Sam Morgan joins the crew of a riverboat. Mixing with an eclectic group of scoundrels and misfits, Sam finds adventure at every turn on the American frontier. '. [an] entertaining, vivid portrait of frontier America as seen through the eyes of an impressionable youth.'-Booklist

So Wild a Dream

This title is due for release on February 25, 2011
We'll send you an email as soon as it is available!