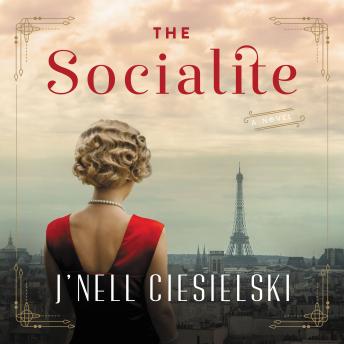 When an English socialite embarks on a dangerous journey to save her sister from the Nazis, glamour, romance, and espionage collide.

As the daughter of Sir Alfred Whitford, Kat has a certain set of responsibilities. Chasing her wayward sister, Ellie, to Nazi-occupied Paris was never supposed to be one of them. Now accustomed to the luxurious lifestyle that her Nazi boyfriend provides, Ellie has no intention of going back to the shackled life their parents dictate—but Kat will stop at nothing to bring her sister home.

Barrett Anderson was arrested for defending himself against a drunken bully of high birth. Given the option of jail or training Resistance fighters in Paris, Barret chooses the latter. He poses as a bar owner, entertaining Nazis at night while his men train right below their jackboots during the day. Being assigned to watch over two English debutantes is the last thing he needs, but a payout from their father is too tempting to resist.

From the moment Kat and Barrett meet, tempers flare and sparks fly amid false assumptions. Despite their differences, they’ll have to find a way to trust each other in order to survive their deadly mission. In the end, their hearts may prove more traitorous than the dangers waiting around the corner.

At once a daring journey into occupied Paris and an unfolding love story, The Socialite will entrap readers with its scintillating prose and unforgettable characters.

Praise for The Socialite:

“Smart, savvy, and seductive, J’nell Ciesielski’s The Socialite takes the reader on a high-stakes thrill ride through the darkness of WWII–occupied Paris. The Socialite shines bright as the City of Lights, and then some!” —Kristy Cambron, bestselling and award-winning author

“In the tradition of Ariel Lawhon and Kate Quinn, The Socialite immerses readers in the glamor and destruction of Nazi-occupied Paris. A picture-perfect portrait of early 1940s Paris, this impeccably researched love story stands out in a sea of WWII-era fiction with its distinctive crystalline voice and unforgettable hero and heroine.” —Rachel McMillan, author of The London Restoration