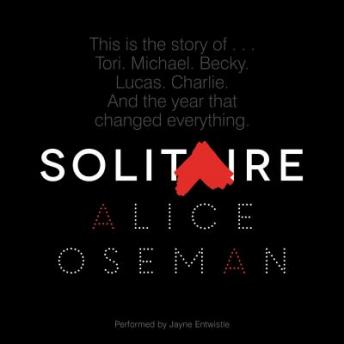 From the critically acclaimed creator of the Heartstopper series comes a vivid, clever, and heartfelt portrayal of what it's like to be a teenager today. Alice Oseman’s stunning debut novel Solitaire—which the Times (London) called 'The Catcher in the Rye for the digital age'—is perfect for fans of Melina Marchetta, Stephen Chbosky, and Rainbow Rowell.

My name is Tori Spring. I like to sleep and I like to blog. Last year—before all that stuff with Charlie and before I had to face the harsh realities of exams and university applications and the fact that one day I really will have to start talking to people—I had friends. Things were very different, I guess, but that's all over now.