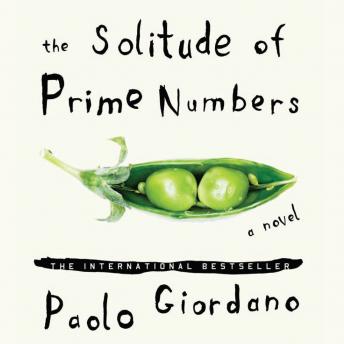 The Solitude of Prime Numbers

A prime number is a lonely thing. It can be divided only by itself or by one; it never truly fits with another. Alice and Mattia are both "primes" - misfits who seem destined to be alone. They are haunted by the childhood tragedies that mark their lives and find themselves unable to reach out to anyone else. When the two meet as teenagers, they recognize in each other a kindred, damaged spirit.

As they grow into adulthood, their destinies seem irrevocably intertwined. But when the mathematically gifted Mattia accepts a research position that takes him thousands of miles away, the two are forced to separate with many things left unsaid. A chance encounter will reunite them and force a lifetime of concealed emotion to the surface, but the question remains: Can two prime numbers ever find a way to be together?

The Solitude of Prime Numbers is a stunning meditation on loneliness, love, and the weight of childhood experience. A sensation in its native Italy, where it has sold more than a million copies, it is a remarkable debut, a moving novel that lays bare the soul and captures what it means to be human.

This title is due for release on March 18, 2010
We'll send you an email as soon as it is available!